Hearing Loss in the Workplace 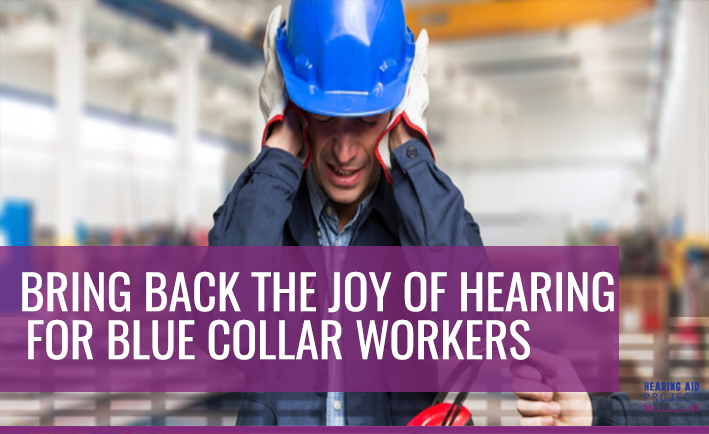 15 Oct Hearing Loss in the Workplace

Posted at 15:34h in Stories by secureadmin
0 Likes
Share

Jobs in construction, manufacturing, and on assembly lines give many Americans the opportunity to improve quality of life. But for some, those same work environments can actually diminish it.

According to the Centers for Disease Control and Prevention, occupational hearing loss is one of the most common work-related injuries in the United States. Each year, about 22 million U.S. workers are exposed to hazardous noise levels at work. Another staggering statistic is that over 30 million U.S. workers are exposed to chemicals, some of which are harmful to the ear (ototoxic) and hazardous to hearing.

Both Oscar and Michael applied to the Hearing Aid Project for this reason. After years of noise exposure in the workplace, their hearing suffered immensely.

Oscar spent the majority of his time working in a saw mill. To cope with this hearing loss, he asks others to speak louder or to write down what they are saying.

Michael loaded trucks in a warehouse and then transferred to a food production manufacturer. He also suffered from a stroke, and while working with a speech-language pathologist, realized he had hearing loss.

“Working in manufacturing all those years, I experienced hearing loss,” Michael said. “I realized it gradually over time. I got used to not hearing very much. I read lips to understand.”

Michael is looking forward to receiving assistance so he can communicate with others and feel safer.

“Hearing aids will help me with when I’m walking. It will allow me to hear cars coming,” Michael said. “I was hit by a car last year because they didn’t see me, and I didn’t hear them coming. I was hurt pretty badly and I don’t want it to happen again.”

Will you help us give Michael and Oscar the joy of hearing? Whether you’re donating hearing aids for us to refurbish or much-needed cash to fund the process, every gift from you allows us to give the greatest gifts of all – communication with loved ones, safety and peace of mind. Make a donation or create a personal fundraiser. Every dime makes a difference.


APPLY FOR A HEARING AID